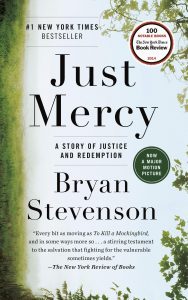 Most top-10 Psalms lists would include #103. “Bless the Lord, O my soul.” He’s talking to himself! He’s rousing himself to praise, to slough off apathy, inattention, or gloom – or self-blame and guilt. “Forget not all his benefits.” That is, take the time to remember God’s benefits. It takes time, and quiet, and deliberate reminiscing. We suffer a kind of amnesia when it comes to God’s blessings. Or we take things for granted – or worse, we take credit ourselves! Psalm 103 reminds us of the truth about this great God…

… “who forgives all your iniquity.” All. Not what we find forgivable, or what others have forgiven. Even our unintentional sins. Even the sins we don’t realize are sins. “He does not deal with us according to our sins.” Thankfully. Bryan Stevenson, writing about his work with convicted men on death row (with the unbeatable title, Just Mercy), makes me smile when he says “Each of us is more than the worst thing we’ve ever done.” Worst things, and we’re far more, far better, far more beloved.

“As the heavens are high above earth, so great is his love; as far as east is from west, so far does he remove our transgressions from us.” We perhaps like to cling to them, to carry them – but what God has put down and removed so far away cannot burden us any longer.

Notice the dramatic shift in verse 13: “If immeasurable distances are one way of expressing immeasurable love and mercy, the intimacy of family is another. By the first, we are led out to a large place, to walk at liberty; by the second we are brought home” (Derek Kidner). The Psalm reiterates that forgiveness isn’t merely about getting out of trouble. This God “crowns you with steadfast love and mercy, satisfies you with good so your youth is renewed like the eagle’s.”

In our last email, I spoke of St. Francis’s beautiful Canticle of the Creatures. His friends had been singing it out in the streets for months when one day he added a verse. He asked the friars to sing the expanded version in the city square where the bishop and the mayor would be on a certain day. They’d been locked in brutal fighting, waging an irresolvable war of words for months. Imagine how their ears perked up when they noticed the newly added stanza, after praise for Brother Sun and Sister Moon: “Be praised, my Lord, for those who pardon through Your love and bear witness. Blessed are those who endure in peace for they will be crowned by You, Most High.” The bishop and the mayor listened, and then embraced, and kissed each other.

How do you heal a quarrel between stubborn people? Francis could have accosted them and said “The bishop is right and the mayor is a numbskull,” or “Religion and politics don’t mix, so just avoid each other,” or even “Get along, or God will punish you.” Instead, he spoke to neither of them, but to God, and offered up a song of praise, echoing Psalm 103. Reconciliation really is the work of God. The antidote to human turmoil? Praising God. The fix for conflict? Turning together in gratitude to the God who made sun, moon and stars, who forgives all our iniquity – and the other guy’s iniquity as well. If God doesn’t carry it any longer, how can we?