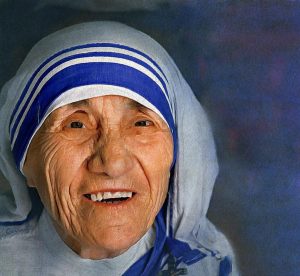 2 Corinthians 8 and 9 are the print materials for history’s greatest church fundraiser ever. I say “greatest” because there had never been one before! How ambitious of Paul, writing to people he didn’t know all that well, asking them for money, not to build a new church building in Corinth they might enjoy, but to feed hungry victims of a famine in Jerusalem, on another continent, people they’d never met who spoke a different language. Charity just didn’t exist back then – and Paul created it.

His strategy? His bullet points to motivate them? Not pity for those poor starving people. No tax breaks if you give. No credit to be achieved – even from God! For Paul, there were 3 and only 3 reasons to do something as audacious as giving in a way it had never happened before. (a) He points out it has happened before – in Christ! “Though he was rich, he became poor for your sake” (2 Corinthians 8:9). Christ had untold riches and comforts in heaven, and gave them up for Paul’s readers. He was inviting them, not merely to imitate Christ, but to stick so close to him that there would be no distance between them. They would in fact be Christ in this situation, Christ having returned to heaven. They were now the Body of Christ, his hands and feet, his generosity embodied.

(b) Paul appeals to their pride, maybe their vanity. Verse 7: “As you excel in everything, see that you also excel in this gracious work of generosity.” Most of us are people who excel at something, our work, our investing, our activities, whatever. Excelling matters. So excel as much, or more, in being lavishly generous in God’s projects.

(c) Not above being manipulative, Paul points out how the Macedonians, neighbors to the Corinthians, had stepped up more generously! If they can do it, how much more should you guys? Martin Luther King, Sr. arrived as pastor at Ebenezer Baptist Church. Funding was dismal. He concluded that the church’s sacred habit (like ours!), “anonymous giving,” only led to “anonymous non-giving.” So he posted a ledger at the door, listing each person’s contributions for all to see. Giving more than doubled in a month. We might just try this…

He invites them to try this new-fangled idea of giving for the benefit of strangers – and plants the idea in their heads that when they do, this will actually be the Spirit of God bearing fruit in them. “The fruit of the Spirit is… generosity” (Galatians 5:23). A great cause for hope, since good things and God’s work do cost money, is to discover how the Spirit can bear this fruit – and then the joy! – in us.

We’re smart people who ask probing questions, like What’s the budget? How much is really needed? How much bang for the buck? And if it’s giving for others, Are they deserving? Are they putting it to maximal use? Paul would liberate us from the straitjacket that these questions can be for us. We give, not in a controlling way, but in a joyful way – and it’s all out of love for Christ. Paul urges them to give “to verify the reality of your love” (verse 8). I love Mother Teresa’s smiling explanation: “We do not ask why they are poor. We simply love them. Actually, we love Christ in them. We do it for Christ. We do it to Christ.”

There’s so much hope in this. We can give and create a church, not just for us but for others – even in generations to come! We can give and make God’s impact in the world noticeable – with people we’ll never see and who’ll never thank us. It’s never anonymous. God knows.