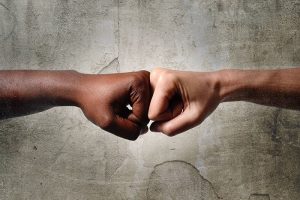 It’s probably worth recalling, every now and then as we read anything from Paul, that he was the perhaps the greatest but surely the unlikeliest of early Church leaders. He wasn’t a slacker or an impious, blatantly sinful guy. No, he was quite pious – and an implacable, aggressive, angry foe of the early Christian movement. “Of this gospel I was made a minister according to the gift of God’s grace which was given me by the working of his power” (Ephesians 3:7). What a mystery! – such a radical about-face. That’s what grace does. That’s how powerful God’s work is, and can be even in us today.

No wonder Paul speaks in the same breath of the “unimaginable riches” of God’s grace. C.S. Lewis was once asked how fabulous heaven is. He replied that whatever in your wildest imagination you might envision dwelling in God’s presence to be like, the reality will be exponentially better.

Paul’s mission, and the mission of the Church is “to make all people see what is the plan of the mystery hidden for ages in God who created all things; that through the church the manifold wisdom of God might now be made known” (Ephesians 3:9-10). The mystery, the secret that is now out in the open, is God’s plan for the unity of all, for dividing walls to be broken down, for all hostility to cease. The Church witnesses, not by chatting about such things, but by simply living out the mystery of a people unified in Christ.

Stephen Fowl points out that “the very existence of the gathered body of Jews and Gentiles reconciled to God and each other in Christ makes known the manifold wisdom of God.” As we sing, “They will know we are Christians by our love,” not for the people who are like us, but for the people the world can’t believe we can love. We show the world a better way.

Of course, thus far, we’re not good at this. But it’s God’s work, and if we let God’s Spirit achieve this in and through us, the world will be in awe, and eager to join us. Fowl wrote that “the attractiveness that first drew Gentiles to God should be even more attractive in the light of this reconciliation.” That is, unlikely people were drawn to Christ, and that religion looks even more alluring when the unlikely enjoy unity with the others…

…which makes me wonder about racial reconciliation. The biggest shock of religious history might just be that black Americans actually believed in the slaveowners’ God! That says a lot about the marvel, the attractiveness of Christianity. So then, what if we white and black Christians genuinely became close to one another and pulled off reconciliation in our country. Who then could argue for a second that Christianity is a lame religion? Everyone would know This really is flat out amazing, compelling, a difference maker, a blessing to all.